Kibabii University Christian Union was founded back in 2012 by a group of born again brothers and sister,it started as a prayer group held in Hostel 2 room 95 which was composed of four members. It conducted its first interdenominational service on 18th March 2012.The first executive board was formed and it served for a duration of three years till the transition that was done on 30th March 2014. The congregation grew as more students joined the university in 2012 and the later years .Today the union has grown and it has a population of about 600 members and all thanks and glory is unto the Lord 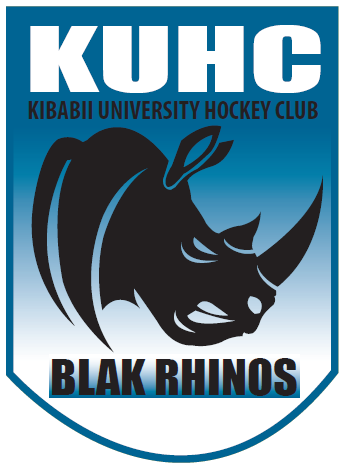 In the year 2013, the Kibabii University hockey club (Blak Rhinos) was established by likeminded young individuals, with the love for hockey and desire to provide a suitable place for upcoming young hockey players, to enjoy hockey and sharpen their talents and skills in the best possible environment under the management of hockey addicted individuals.

The aim of the team was also to occupy the youthful minds with positive activity to eradicate alcoholism, substance abuse, criminal activities, empower the youths plus high school, college and university alumni for leadership in the community.

We are one of the largest, proudest, and most socially active clubs in the University, We train every Evening. Whilst you may not be spending every day of your week playing hockey, the club will make you feel like your university career is defined by your participation in this society. We’re looking for hockey lovers who are looking to be a part of the KIBABII UNIVERSITY HOCKEY CLUB (KUHC) on and off the field.

We train hard, we play hard, and we aim to make your time at KIBABII UNIVERSITY HOCKEY CLUB (KUHC) unforgettable.

2014 September was the year when the first batch of students to be admitted by the University to pursue Journalism and Mass Communication joined. Fueled by the desire to have an organization which would help them develop their skills apart from class work, they came up with idea of forming a club. Although, their dream at the time didn’t bear any fruit, 2015 would be their year. The journalism club was established and became fully registered by the varsity. Since then the club has grown and achieved a lot since its inception.

Chama cha Kiswahili Kibabii (CHAKIKI) kilizinduliwa mnamo 27/11/2015 naye Profesa Ken Waliaula Walibora. Uzinduzi huu ulijiri mara tu baada ya Kibabii kupewa hadhi ya kuhudumu kama chuo kikuu Jumamosi 14/11/2015 baada ya kuhudumu kama tawi la Chuo Kikuu cha Sayansi na Teknolojia cha Masinde Muliro kwa takriba miaka mitatu. CHAKIKI kilianza kazi zake chini ya Bw. Anthony Oloo Owino akiwa mlezi wake.Bw Oloo alishikilia nafasi hii na hatimaye kumkabithi Dkt Simiyu ambaye hadi sasa, 2018,bado ndiye Mlezi wa chama hiki cha CHAKIKI. Hata hivyo, katika utendakazi wake, CHAKIKI kilionekana fifi kwani shughuli zake nyingi hazikuwa zikiendeshwa. Chini ya Mlezi Owino Oloo Anthony, kulikuwepo viongozi wafuatao;Victor(Mwenyekiti),Janet Bosibori (makamu mwenyekiti) Bonface Ambaka (Mhariri) na Imani Enock (mhazini). AIDS Control Unit (ACU) Club Kibabii University, being a study place presents a scenario of competing tasks (academic and social) for students. Being young and energetic, students are naturally impatient, have sexual and reproductive health concerns, they need quick and fast services. To try and meet these needs the University AIDS Control Unit (ACU) located within the Academic Block (ABB 010), provides a sort of one-stop shop service provision center, which acts as a drop-in-center for students to and from lecture halls. Here, students can freely access information and counseling services by the HIV and AIDS Peer Educators and one specific HIV/ AIDS Counselor. Best 12 Street Initiatives (B.S.I) The Best twelve Street Initiative commonly known as BSI is an initiative formed by twelve students from Kibabii University who came up with one objective, “help paint a smile on street families and kids”. It’s always good if we try our best to give back to the community by sharing the little we have with the needy. Charity work makes one feel good and fulfils the desires of the heart. Kibabii University Informatics Club There is a whole large world out there that many of us know nothing about. It’s the world of information technology and computer science, a growing interest for many people who think computing and technology is fun and interesting. Well, if you are a fan of computer science and information technology, then you should rejoice. Guidance and Counseling Association (KUGACSA) It is indeed a great honour to serve humanity. “READINESS IN SERVICE TO HUMANITY” that’s our motto and for sure the association is directed by the motto. The personnel rendering their services to the society is a trained team that is ever ready at any time to take care of the young nation. We not only deal with Kibabii University comrades but also the wider community. With the support of our able patron madam Makila, we are privileged to reach different schools across the nation. Equity Leaders Program-Kibabii Chapter Welcome to the equity leaders program, Kibabii University chapter. The club is made up former Wings to Fly and the E.L.P programs beneficiary students. The club aims at cultivating scholarly habits and turning the students into all rounded individuals who will benefit themselves and the society. Kibabii University Red Cross Chapter Our purpose as HINIVUU is to provide assistance and humanitarian service to the vulnerable .Over the past four years we have quietly championed the needs of the most vulnerable. Together, our framework of social services – Community-Led Action for Resilience, Food Aid, Red Cross Home and Day Activity Centre for the Disabled and Community First Aid – collectively serve some of the most complex and under-served communities in the society. Mathematics Club The club was started in the year 2011 and has held different activities both in and outside the campus. These activities includes projects, carrying out mathematics contests, symposium or/and motivational speeches to high school students. The club aims at greater heights through cooperation with other mathematics clubs nationally and internationally. Our dear patron is Mr. Mulambula Andaye Join US! Kibabii University Choir The club started in the year 2012 and it has been growing gradually. This is clearly seen by the increased members from time to time. This is due to the achievements made in 2016 National Music Festival held at Kasarani, Nairobi in August 2016. We managed to win two trophies and certificates were awarded to the participants. We appreciate the administration for their support for hiring trainers, buying of costumes and recognizing us in each function that is held in the school. We perform during graduation ceremonies, career and cultural week. Muslim Students Association Of Kibabii University (MSAKIBU) Assalam aleikum warahmatullahi wabarakat. As the Deen says a Muslim should be his brother’s keeper, we wish to inform you that your choice will greatly influence your life in Kibabii University. Good choices will make you prosper, live a good and easy life in the University. I would really encourage you to practice Islam and its teachings in order to prosper as Allah says indeed the righteous have prospered. MSAKIBU is always ready to help you and we hope to get your corporation for our own betterment.